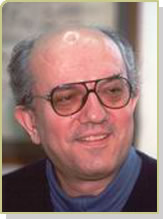 A FEW THOUGHTS ON THE DEVELOPMENT OF TURKISH MUSIC

Turkish music is still changing. In order to be able to direct this change, composers, composers, middlemen (TV, radio, and CD publishers who choose the music and present it to the listening public) and listeners must be well educated.  As each one of these groups constitute a subject for research in and of itself; I would like to limit my article to the subject of what composers can do.

Polyphony adds a different dimension to music.  Turkish music should not be deprived of this dimension.  Polyphonic works, when they are executed intelligently and in a way compatible with Turkish music, listening, experimenting, researching, should not be excluded.  (Works composed in the tonal system and style of Turkish music.)

Composers should not be afraid to think of Turkish music and polyphony together.

Lyrics diminish the abstractness and subjectivity of music.  The listener loses his imagination, his infinite opportunity to choose. (As beautiful as the poetry may be, music is perceived under the direction of lyrics.)  Poetry provides ease to the listener, and paves the way for cheapness in the industry.
We should increase the number of instrumental works in our music.

Our classical music is generally a lyric based music.  The very few instrumental works within it seem to have been composed as if they were songs, according to the patterns of the human voice (in terms of range, adjacent intervals and creation of musical phrases).  In a new trend, beginning with Tanbûrî Cemil Bey, instrumental works began to feel in places as if they were truly written for instruments.  The works of H. Sadettin Arel, Ferit Alnar, Resat Aysu and a great many composers still living today have clearly been written for instruments.

In addition to passages written in a vocal style, instrumental works should contain sections that display the possibilities of the instruments.

In our musical tradition, every player adds ornaments or simplifies each note to his own liking and according to his instrument.  Every performance can be different from the one before, and from the notation.  This becomes immediately apparent when one compares Cemil Bey's playing with the notation (for example, the Sedaraban Saz Semaisi).  However, as on TRT and the radio, many performances today never cross the bounds of the written notation.

As our works are written in the same form for all players, our performers should, as in jazz, Baroque and earlier music, play them as the composer intended them to be performed.

Although the character and possibilities of each instrument are different, our music has not been written separately for each instrument.  It is not written with the possibilities of the individual instruments like the piano, guitar and cello in mind, as if everything they will play is fixed and written down.  Though names such as "Ney Pesrev" or "Saz semaisi for kemençe and kanun" would be quite logical, they don't exist.

In light of this, Serif Muhiddin Targan has written and played works and etudes specifically for ud, and been well received the world over.  These works push the possibilities of the ud, and very nice expressions were been achieved that would never even occur to an ud player.  Later on, Yalçin Tura wrote "Dalgalarin Oyunu" for kanun, and pieces for ud that were played at the Istanbul Festival by Münir Nurettin Beken.  More such works works, like those which we have written and play in our own limited circles, should be written and disseminated.

Pieces should be written that correspond specifically to our instruments' characters and expressive possibilities, which exhibit their techniques and push their boundaries.

We have a repertoire full of masterworks, written according to the prosody of our metered poetry.  Such is not the case for free poetry and new Turkish poetry.  (And today, a "song lyric" cheapness has emerged on TV, FM and among CD producers, based on an attitude of "it's enough for it to be popular.")  In every era, musicians have set the poetry of their times to music.  Turkish music should not fall short of new Turkish poetry.

Metric poetry has its own rhythm that is immediately felt.  This rhythm has found its counterpart in our music; relationships have been established between the meters and the "aksak" (2+3) and "major" usuls, the principle being that a long syllable corresponds to a long note, or a short syllable to a short note.  In the recent past, the concept of "prosody" has been reduced to this relationship, and at the direction of the TRT Repertoire Committee, lyrics have continually been set to the music in a "syllabic" manner (long note for a long syllable, short note for a short syllable).  However the general character of Turkish music is "melismatic" (with one syllable spread over several notes).  The exaggeration of this character leads to the rhythm being pushed into the background, and the words become unintelligible.  A balance must be struck, as in Mustafa Çavus's compositions, and folk songs of Rumeli.
A balance must be struck in the relationship between the syllable and the note that achieve intelligibility of the poetry without marring the character of the music.

Every poem has a feeling, a main feeling, a world.  For this to be expressed in music is completely normal.  Apart from this is the language in which the poem was written.  The same poem, written in English or Greek, will come out with a different number of syllables, as well as different stress patterns.  In the same way, the music must be in harmony with the Turkish in the poetry, as if the development of the music within the poetry is expressed in the language itself.

In their singing, performers should try to enter and the music and emotional world of the poetry.