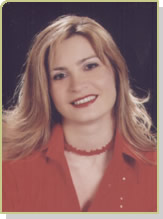 Through the history of Islamic civilization it has been chiefly the mystic sects (Sufis) which have been involved with music, used and defended it. The Sufis mention that mental and nervous disorders are cured by music.

In his book, “Musiki-ul-kebir,” Farabi attempted to set forth the relationship between music and physics and astronomy. According to Farabi, the effects of the makams of Turkish music on the soul were classified as follows:

According to Ibn Sina, “sound” was essential to our existence. Sounds arranged within a musical order, and in a particular fashion, would have a deep reaching effect on one’s soul. The effect of sound was enriched by man’s art. Ibn Sina also believed that changes of pitch would determine a person’s mood. What allows us to appreciate a musical composition is not our sense of hearing, but our sense of perception, which allows us to derive various inspirations from that composition. For this reason, well-attuned, harmonious tones, and the adherence of compositions and rhythms to principles, can have a captivating effect on people.

In conclusion, during the period of Islamic civilization, Turkish-Muslim doctors such as Er-Razi, Farabi and Ibn Sna used musical and pharmacological methods in the treatment of psychological disorders, and these methods, applied by both Selçuk and Ottoman doctors, were cultivated up until the 18th century.

Music Therapy Among the Selçuks and Ottomans

Although the first serious music therapy was practiced during the Ottoman period, various healing attempts were undertaken in pre-Anatolian Central Asia by shaman musicians known as baksı. Even today, there are baksıs among the Central Asian Turks, who continue these activities (Güvenç 1986ö p. 24).

Ibn Sina, in a hospital established in Damascus by a Selçuk Turk, engaged in the healing of mental disorders with music. The influence of Ibn Sina continued into the Ottoman period.

Hekimbaşı Gevrekzade Hasan Efendi (18th century) was the student of Tokatlı Mustafa Efendi, who translated Ibn Sina’s famous work, “El Kanun fi’t-tıbbi.” In his own work, he said that he had drawn heavily upon Ibn Sina’s book.

In 1675, Baron stated that in the Topkapı Palace hospital, young students were treated by music. Master musician Safiyüddin states that makams should not be played randomly but rather that at certain times during the day, these makams would ease the soul and bring comfort:

Rehavi makam: shortly before sunrıseç
Hüseyni makam: at dawn.
Rast makam: in late morning.
Zirgüle makam: at noon.
Hicaz makamı: in mid-afternoon.
Irak makamı: in late afternoon.
Isfahan makam: at sunset.
Neva makam: in the evening.
Büzürk makam: in late evening.
Zirefkend makam: at night.
Although he mentioned what times during the day makams should be listened to, he also divided the 24-hour day into four sections and researched when each makam should be sung or listened to. Some doctors also examined the issue of the effect makams had on different nationalities, and the relationship between makams and astrology.

According to some Turkish doctors, the following makams were affective on different nationalities:

The old Turkish doctor Şuuri, in his book “Tadil-i Emzice,” stated that music was beneficial against all disease and pain, and was supported in this by scholars and scientists of the time.