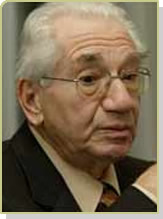 With the passage of time, great changes in views and thoughts concerning the fine arts have emerged, and consequently, changes in taste as well. This is an inevitable social change. Even the concept of morality which keeps society alive is affected by these changes; behaviors which were formerly unacceptable and seen as shameful may today be considered perfectly acceptable.

The century from 1883-1983 was a time when these changes whipped society like a storm. During these 100 years, Turkish Music also saw its share of this change, both positively and negatively. Here we will analyze these changes as a whole, without judgment.

a) The first area we will examine is that of Turkish music theory. As far as we know, İbni Sina in the 9th-10th centuries, Safiyüddin Urmevi ‘n the 13th century, Meragalı Abdülkadir Hoca in the 14th-15th centuries and later, Kantemiroğlu in the 17th-18th centuries were drawn to the study of Turkish music theory and produced works on the subject. However the few of their works which have survived to the present day fail to give satisfactory answers to today’s needs.

During the time period mentioned above, three Sufi lodge members, Şeyh Celâleddin Efendi, Şeyh Atâullah Efendi and Hüseyin Fahreddin Dede Evendi studied pieces from the past. Feeling the need to fill the gaps in the knowledge of Turkish music theory, they passed on the knowledge they had acquired to their able followers Rauf Yekta Bey, Dr. Suphi Ezgi and Süzeyin Sâdeddin Arel. Setting out with this knowledge, these valuable scholars produced extremely valuable works and laid the foundations for today’s understanding of Turkish music theory.

After Rauf Yekta Bey’s disciplined and productive collaboration with the physicist Sâlih Zeki Bey, Arel, Ezgi and Uzdilek examined their work, which examined music and physics together in the light of exact science. The contributions of Zekâi Dede Zâde Hafız Ahmed Efendi during this 100-year period must also not be forgotten. We must also remember the methods which considered Çargah (Arel, Ezgi, Uzdilek), Rast (Abdülkadir Töre) and Hüseyni (Kemal İlerici) as the main scales of Turkish music.

Despite the many researchers conducting work on Turkish music theory, no method has yet emerged which has surpassed the work of Arel, Ezgi and Uzdilek and shed light on some still-unanswered issues. A few examples of publications on theory include:

The last one hundred years has seen publications other than theoretical works. We can categorize these publications as follows:

b) Collections of Lyrics (Antholgies, Journals)

i) Samples of Religious Music

a) We cannot say that any serious or reliable work has been written in the area of Turkish Music Biographies. Over the centuries a few aficionados have emerged and published unreliable and subjective treatises consisting mostly of hearsay. A great portion of these writers have been people far from the art rather than intimately involved; and are thus responsible for our inability to arrive at a desired level of reliability on this subject.

During the last century, a lover of music by the name of Mustafa Rona, who was himself not a musician but a teacher, published a work, “Elli Yıllık Türk Musikisi” (Fifty Years of Turkish Music), which was the product of long, patient and arduous research. Its last volume, “Yirminci Yüzyıl Türk Musikisi” (Twentieth Century Turkish Music), printed three times from 1955-71, includes lyrics obtained in person from various composer, and biographical writings on these composers. In 1970, this diligent research passed on from cancer of the larynx.

Though one of the foremost biographers of this period, İbn-ül Emin Mahmud Kemal İnal began work on a biographical work entitled “Hoş Sadâ,” he did not live to complete it, only writing as far as Tanburî Cemil Bey in the “C” section. After his passing, Avni Aktuç, relying on the wealth of notes the author left behind as well as on his own knowledge and research, completed the work.

In the area of Biographies, we must also not forget the works, published in various magazines, of historian Yılmaz Öztuna, one of the truly valuable researchers of our times.

We also gratefully remember the late composer Hayri Yenigün, whose biographical articles have been published in musical journals for many years.

Besides the writers mentioned here are other writers who have shown interest in this area. However rather than conducting archival research, these writers have mostly relied upon the abovementioned works.

Our composer and teacher Sadeddin Kaynak compiled a massive amount of notes, the result of long, exhaustive and meticulous research, for his work, “Türk Musikisi Bestekârları,” which unfortunately has never been printed. I personally witnessed the collection of these notes, and wonder where the various notebooks containing them are, and what state they are in. The works contains details of composers about whom we know very little, such as Itri and Zaharya, and I would very much like it to be published.

It is also appropriate to mention the valuable work by researcher Ali Rıza Avni, who served Izmir Radio for many years, and gave much biographical information on his radio programs.

b) In the last 100 years, Lyric Collections have received much interest, and this interest has given rise at times to many publications in the area of compiled lyrics. Here I would like to touch upon a few of the notable examples.

Of the “Lyric Collections” type, the following are worthy of note:

The 512-page «Hâşim Bey Mecmuâsı», printed in 1984 and the two-volume «Faik-ül Âsar» printed in 1881 are significant contributions. In addition to lyrics, the Hâşim Bey collection also deals with Turkish music theory. Bestokâr Şeyh Ethem Efendi’s “Bergüzâr- ı Ethem” or “Talim-i Usul-i Musiki,” was first published in 1890. Other collections that appeared during the period, in order were:

c) Several collections of notation have been published within this 100-year period as well. We can divide them into two groups, given here in chronological order:

A collection of 400 songs, mostly of Hacı Arif Bey, Şevki Bey and Rıf’at Bey, notated by Muallim Hacı Emin Efendi (1945-1907) and printed by lithograph by the Matbaa-i Osmani. Although this collection was printed ten years before the 100-year period addressed here, I saw fit to include it as it is an exemplary publication within the subject at hand.

In 1920 also, Tevkik Kutmani, and later his son İskender Kutmani published the works of contemporary composers in series, as well as some collections of Fasıls;

Bimen Şen published his works in 13 issues in 1920. Leyla Saz’ pieces were also published in the same manner.

There are also some composers who published their own autobiographies and notation; among them are Kadri Şençalar, Şekib Ayhan Özışık, Avni Anıl and Erol Sayan.

In the area of Religious Music, the following works are worthy of note:

2) Publications of the Istanbul Municipal Conservatory and other official institutions:

a) A book by Rauf Yekta bey containing 180 rare works, which have an important place in today’s classical choral repertoire. Also by Rauf Yekta bey is “Tevşihler, İlâhiler, Nefesler ve Mevlevi Ayinlerini.” This work was based on the works of Zekâi Dede and Bolahenk Nurı Beyç

b) During the past 100 years we also see several instrument methods written as private attempts:

In 1976, upon the opening of the State Conservatory for Turkish Music, the writing of instrument methods become more disciplined and scientific. Among the products of this development are Mutlu Torun’s “Ud Metodu,” Nevzad Sümer’s “Kanun Metodu,” and Hurşid Ungay’s “Kudüm Metodu.” It will be good news when Cüneyt Orhon’s as-yet unpublished “4 Tellı Kemençe Metodu” is finished. Late in this period, Cinuçen Tanrıkorur produced his “Ud Metodu,” which is very well written from the standpoint of technique and information.

c) The first Dictionary of Turkish Music, titled “Musiki İstilâhatı,” was published in 1893 by teacher and composer Kâzım.

At the same time, composer Avni Anıl was publshing his “Türk Musikisi Sözlüğü” in consecutive volumes.

d) Among the musical movements in the last century, the “musical magazines” also have an important place. Here are some of the important ones, in chronological order:

During the beginning of the century, Nikogos Ağa and his brother Agop Taşcıyan, published the bi-weekly magazine “Nıvak Osmanyan.”
During 1919- 1920, Şeyh Mehmed Baha Pars published eighteen volumes of “Alem-i Musiki,” which came out every 15 days.
In 1933, Mildan Niyazi Ayomak published his “Nota Musiki Mecmuasını.” In this magazine, the makams were referred to with different strange names.
In 1947, Burhaneddin Ökte and Fikret Kutluğ published 36 volumes of “Türk Musiksi Dergisi.”
In 1948, Laika Karabey published “Musiki Mecmuası” as an organ of the Advanced Turkish Music Conservatory. Responsible for the publication of this magazine for a long period, Karabey provided a good example of service through the press. Musiki Mecmuası continued for a time, despite difficult conditions, because of the efforts of Ethem Ruhi Öngör
Avni Anıl’s “Musiki ve Nota Dergisi,” published first from 1969 to 1972 and again beginning from 1983, provided a valuable service to the music world.
“Müzık ve Sanat Dergisi,” published from 1978 - 1979 by Sayıl Doğanay, served as the voice of amateur music..
In addition to these were certain culture and arts magazines, mostly devoted to Turkish music, such as “Kök” and “Mızrab.” Pages devoted to Turkish music in some daily newspapers served and continue to make both positive and negative contributions according to the writers’ strength, culture, musical knowledge and taste.

e) Among our musical publications, insufficient attention has been given to memoirs, with only a few articles appearing here and there in the magazines listed above as well as in daily newspapers. Avni Anıl has taken a useful step in this direction with his “Anılar ve Belgelerle Musiki Sözlüğü.”