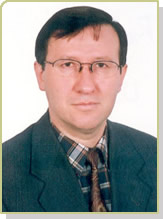 The Ottomans’ acquaintance with western music is considered to have first begin five centuries ago in 1543, when an orchestra was sent by François I of France to play for Suleyman the Magnificent. Later in 1562, Esma Sultan’s concubines performed a ballet in Atmeydanı. English Queen Elizabeth I ( -1595) sent an organ as a gift to Murad III’s wife. Salomon Schweigger ( -1622), a German priest who came to Istanbul in 1576, was the first to notate a piece played by the Mehter band1 During the reign of Selim III (-1807), the first opera was staged at Topkapı Palace2. In his memoirs Melling tells of two daughters of an ambassador dancing in the presence of Selim III3. The great composers Mozart, Beethoven and J. Bishop composed Turkish Marches, and the French envoy M. de Ferriol wrote a polyphonic arrangement of a Mevlevi Ayin.

During the reign of Mahmud II (1808-1839) the abolishment of the Mehter band and its replacement by a military band marked the first official entrance of western music into the Ottoman Empire. In 1828, the Italian composer Giuseppe Donizetti was appointed conductor of the palace band by Mahmud II4. The Muzıka-i Hümayun marked the official beginning of western musical education. This conservatory was founded before those in Madrid, Brussels, Munich, London, Moscow and Chicago, and Donizetti taught here for 28 years. One of his students was the Turkish western music composer Necip Paşa (-1847). In 1847 as well, the famous European composer Franz Liszt5 performed a concert in Istanbul, and composed pieces for sultans Abdülmecid and Abdülhamid II. His composition for Abdülmecid was a variation on Donizetti’s Mecidiye March6. In 1848ö the Belgian composer and violinist Henri Vieuxtemps (-1881) came to Istanbul. The Ottoman sultans Abdülmecid I (reign: 1839-1862), Abdülaziz (reign: 1861-1876) and Vahdeddin (1918-1922) all received western musical training. Among the European composers who wrote compositions for Ottoman sultans were Henri Vieuxtemps, Louis Ardati, Louis Deffes, Dr. Barrachin and Josef Geiger (for Abdülmecid I); Milan F. Lucca and O. Guatelli (for Abdülaziz), and Joseph Sulzer, T. Xanthopoulos, Johannes Heyer, Rudolf Schmans, P. Dussap, Georges C. Nicolaides, Hendi Sailfandier, Louis de Hirschfeld, D. Mozatti, Franz Litterschrid, Georges Alaimbi, Irene Comendinger, Charles D′Alpino, O. Guatelli, Franz Liszt, Alfred Kunkl, Angelo Mariani and many more for Sultan Abdülhamid II7. Many major non-Turkish composers wrote Turkish marches.

From 1849-52, the conductor of the Muzıka-yi Hümayun was Angelo Mariani8. The Italian composer Callisto Guatelli, was in the Ottoman palace from 1855 on. In 1899 he was appointed conductor of the Musıka-yi Hümayun (formerly headed by Necip Paşa) by Abdülhamid II, where he served until his death. Some of the Turkish composers trained by Guatelli include Mehmed Zati, Mehmed Emin, Mehmed Ali, Mustafa Safvet, Pazı Osman, Faik Bey, Kazım Bey and Zeki Bey. After 1880 the Paris-trained Spanish composer D’Arenda (Aranda Paşa) became Guatelli’s assistant at the Muzıka-yi Hümayun, and later replaced him. In time the need was felt for books to support western musical education. In Haşim Bey’s book, Turkish counterparts for western musical terms were given9. However his work had nothing do to with western musical theory; it is chiefly a work on Turkish music theory and a good source on Turkish lyrics.

The first known western music book in Turkish was written by Hüseyin Remzi (Hüxeyin Remzi, Usul-i Nota, 1875). A lieutenant commander of the Muzıka-yi Hümayun, and nicknamed “evliya” (saint) for his fine morals, Hüseyin Remzi wrote this work primarily for the purpose of theoretical education. In addition, this work recommended the adoption of French musical terms instead of the Italian terms which had entered Turkish via musical education. Below is a list of the works on western music theory written during the Ottoman period in the 19th century, and their contents:

This was the first book on western music printed in the Ottoman empire. The book is actually “Principes elementaires de musique” by the French Conservatory teacher Alexis de Garaude (-1852). Hüseyin Remzi said that, feeling the lack of a book on western music, he translated this book10. The book begins with a short history of western musical notation, followed by subject headings on the staff, ledger lines, value and strength of notes, types of notes, rest symbols, dots, dotted notes, rhythm, 2/4 time signatures, sharps, flats, major, minor, tones, the diatonic scale, the chromatic scale, values, ties, and octaves. The work recommends the use of Turkish counterparts for western musical terms.

Known as “Muallim” (Teacher), “Hacı” (one who has made the pilgrimage) and “Notacı” (The Notator), Mehmed Emin was born in Istanbul in 1845. He entered the Muzıka-yı Hümayun and learned western music. A merchant who made the pilgrimage to Mecca, Mehmed Emin was known as “The Notator” because he published the notation for nearly four hundred Turkish compositions rearranged polyphonically by his teacher C. Guatelli Paşa. He died in 1907 in Istanbul. Mehmed Emin Efendi invented the makam “Neveda” in Turkish music.

At the beginning of “Nota Muallimi” are letters by notation and music teacher Leon Hanciyan and composer Sermüezzin-i Şehriyari, in which they tell their opinion of Rıfat Bey’s book (Nota Muallimi, p. 2-5). The book is divided into the following twenty lessons:

Mustafa Safvet was a general and musician from the Muzıka-ı Hümayun, appointed to conduct the Palace orchestra at the time of the Second Constitutional Monarchy. He studied western music with C. Guatelli Paşa, and took piano and composition lessons from composer Theodore Dubois in Paris. After returning to his country, he concentrated on musical education. In his book called “Solfege,” written during the reign of Abdülhamid II, Mustafa Safvet states that he was one of the lieutenant commanders in the Musıka-i Hümayun.

In the preface, it is emphasized that the work does not deal exhaustively with music, but rather only with the “huruf-ı hecesi ve usul-i kitabeti,” that is, solfej, or the notation system. He states in his book that he has preferred to use French musical terms, and that although there is little difference between them and the Italian terms that had long since entered Turkish, the use of the French terms is preferable. Not including the preface, the book consists of five chapters divided into subsections:

Kazım Bey, the son of İşkodralı Mustafa Efendi, was born in 1871. In 1890, after graduating from the School for Orphans, he went to work for the accounting section of the Telegraph and Post. He was then taken into the Muzıka-i Hümayun because of the book he wrote, “Musiki Istılahları” (Musical Terms), and became a student of C. Guatelli Paşa. In the Ankara Preparatory School he worked as a teacher of Turkish, Methodology of Geography, and a short time later became an inspector for the Ministry of Education. His last post was as a teacher at the School for Orphans. His teacher of Turkish music was Zekai Dede, with whom he studied from 1887 on. Continuing in the Bahariye Mevlevihane, he learned Mevlevi ayin. He composed Ilahi, beste, şarkı and a Mevlevi ayin in the makam Sultani Yegah11. He is also said to have had a Mevlevi ayin in Dügah printed, as well as a musical work titled “Hayatü’l Ervah” ((İbnülemin, Hoş Sada, 212). Upon the passage of the surnames law, Kazım Bey took the last name Uz. He died in Suadiye in 1943, and was buried in Edirnekapı cemetery. Muallim Kazım Uz’s “Ta’lim-i Musiki or Musiki Istılahları” (Istanbul 1310/1982, 54 p.) was the first dictionary of musical terms written in Turkey. Gültekin Oransaray later expanded it and transcribed it into the new Latin alphabet (Ankara 1964; Yeşil, Musiki Mecmuası, p. 222, p. 170). The same piece was translated into Arabic by Ibrahim Dakuki (E. Kazım, el-Istılahatul-musikiyye, tr. Ibrahim ed-Dakuki, Baghdad 1964, 111 p.)

This short work shared a bit of Kazım Bey’s knowledge of musical theory; dealing with notation, the names of the notes in eastern and western music, taksim, makam, sharps and flats.

Mehmet Zati Bey entered the Muzıka-yı Hümayun at the age of nine, during the reign of Sultan Abdülaziz. There he studied flute, clarinet and piano, studying western music with C. Guatelli and Turkish music with Hacı Arif Bey. In 1880, he became the assistant of the Spanish musician Aranda Paşa, who had come to Istanbul. In 1900 he was a major, and though he became a colonel in 1907, he was demoted a rank in 1908. He remained in this position until 1923; when he left to teach music in high schools. He took the last name Arca. He composed marches and other pieces in both western style as well as in Turkish makams. (Gazimihal, pp. 123-126; Öztuna, I, 41). Mehmet Zati copied the work titled “Kütübhane-i Musikiden Fenn-i Aheng,” (The Scıence of Harmony from the Library of Music) written by H. Robert and translated by İbrahim Edhem; this copy is now in the Istanbul University Library. (H. Robert, Kütübhane-i Musikiden Fenn-i Aheng, tr. İbrahim Edhem, transcribed by Mehmet Zati, in ruq`a script, 386 p., 1317/1899, İÜ Lib., Nr. 4403).

7 Their compositions are in Yıldız Sarayı Defteri No. 86.

8 The compositions he wrote for Abdülmecid and Abdülhamid II are in the Istanbul University Library, Yıldız Sarayı Defterleri, No. 86.